After my previous post, a few other things have popped up regarding my Galaxy S3:

2 years ago, in a country far far away (Qatar) I purchased my first Samsung Galaxy S.  At the time, I thought it was one of the best phones I have ever had.  I had a blackberry before and this was a world of difference.  Sleek, feature rich and fun.  Capturing some great moments, like Jack growing up, were so easy and the Android experience was pretty awesome.  Take a photo, or video, and upload it to picasa or youtube without any hassle.  Compare that with a blackberry experience -- there was no comparison.

Fast forward 23 months (last week) and I have purchased and received the new Galaxy S3.  We didn't just purchase one.  We being the family -- we purchased 2.  Lucy had a Samsung Ace.  A white one and a "pebble blue" one.

Lucy received hers near on 2 weeks ago.  Maybe more.  What a difference!  The Ace was archived immediately.  Her experience with Android went up 300% -- and she's non-tech.

I on the other hand, received my mobile some 40 days after ordering it .. near on 2 weeks once they started shipping in Europe.  Pebble Blue.  After using it for the past 4 days, my thoughts:

Still getting used to it, but overall, as in my first point, it is the best phone I've ever had.  It pushes the iPhone now to grow up.  This is lighter, brighter and nicer ...
Posted by sdolgy at 09:51 No comments: 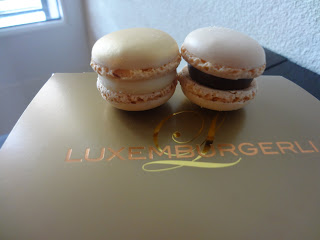 2012 is here.  Lucy and I celebrated our first New Year's Eve in Zurich with Chinese take-away and  Luxemburgerli from Lindt & Sprüngli -- The only kind we had purchased were the Champagne ones.

The Chinese take-away was by far, one of the better ones we had had.  However, when comparing the price of it to what it costs in the UK, or even back home in Canada ... not sure the value was there.  Still, this is where we decided to live ... so this is what we live with. $125.00 for two people.  We didn't have a lot of food ... !

Jack's blog is up to date with some new photos ... It's now 1300hr on New Year's Day and I'm taking Jack to Thalwil for his 2nd go at ice skating.  His last attempt, on Christmas Eve was excellent.  He managed to pull himself up off the ice and stand up on his own ... and waddle along like a penguin.

Happy new year to you and yours ... from the Dolgy's in Switzerland.